Fast-rising singer, Michael Olayinka widely known as Ruger found out the hard way that Twitter is a savage place.

On the 21st of January, the Bounce crooner took to the app to recount how he begged a producer in 2019 to produce his songs for free.

According to him, he explained to the producer that he didn’t have money and he should give him a chance to prove himself, but the producer refused. Ruger also revealed that the same producer recently messaged him and begged for a collaboration.

His tweet sparked controversy, with Twitter users wondering why Ruger would ask a producer to mix his songs for free.

They mercilessly dragged him for having entitlement issues and some even used lyrics from his songs to drag him. Others who wanted Ruger to understand where the dragging is coming from invited him to their events to perform for free. 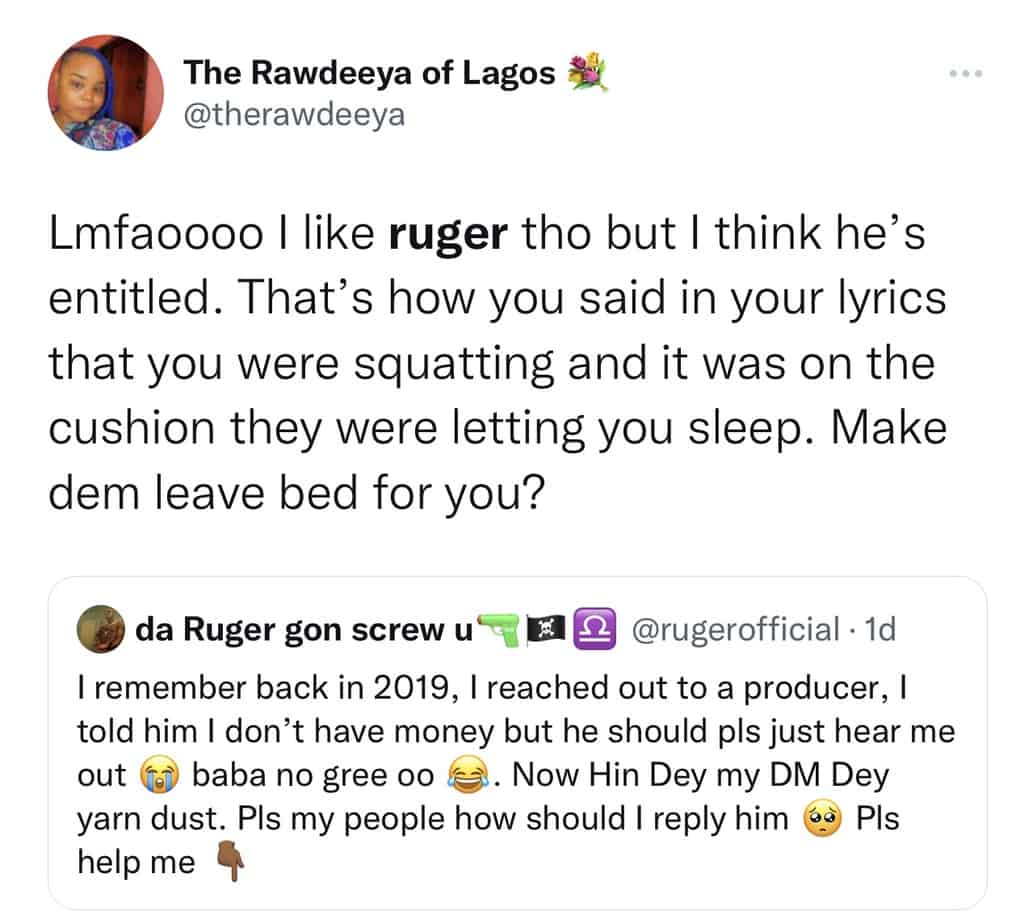 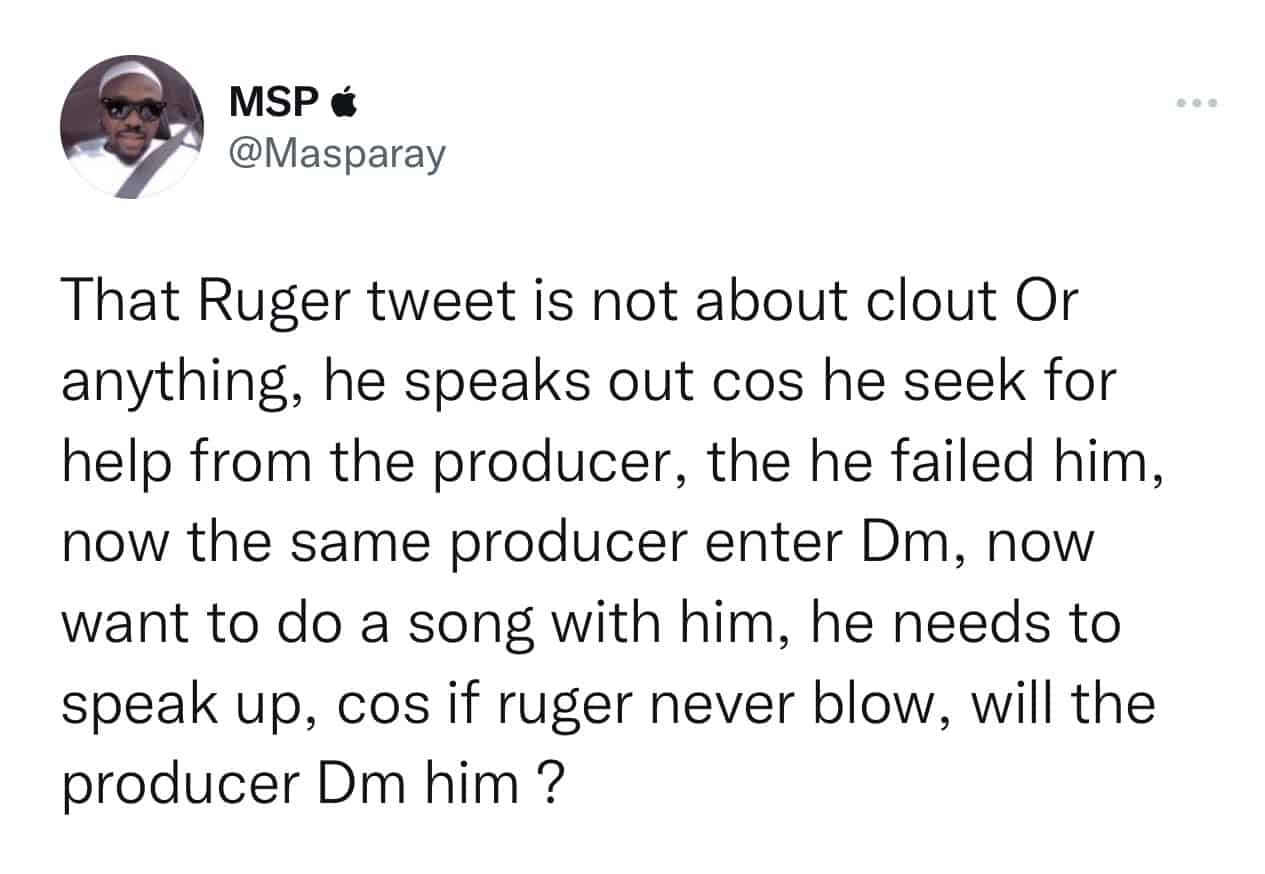 When it became too hot for him, he took to the app to admit defeat and indirectly apologize for what he said. He also did freestyle about the whole drama and shared it on Instagram.